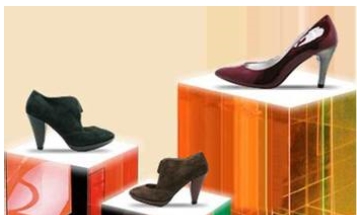 In the first half of the year, Belle International's revenue was 17.8 billion yuan, an increase of 11.1% over the same period of the previous year. It recorded a net profit of approximately 2.167 billion yuan, a year-on-year decrease of 3.4%. The revenue increased compared to the same period of last year, mainly due to the steady and steady growth in the sales of footwear and sportswear business. : During the period, the sales revenue of the footwear business and sportswear business was RMB 10.9 billion and RMB 6.9 billion, respectively. However, the cost of sales from the same period last year was RMB 6.96 billion, an increase of 10.2% to RMB 7.67 billion. The gross profit of the footwear segment increased by 7.1% to RMB 7.4 billion, while the gross profit of the sportswear segment increased by 26.8% to RMB 2.7 billion.

In the first half of 2013, Belle's footwear business grew moderately, with sales volume increasing 6.8% from the same period of last year, slowing down from the previous years, lowering same-store sales growth, and slowing shop opening.

In terms of inventory, during the reporting period, the inventory value of Belle was 7.157 billion yuan, which was only 1.8% higher than the 7.032 billion yuan at the end of last year, which was lower than the sales growth rate of 11.1%. Therefore, inventory is a healthy level.